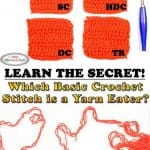 I can finally sleep well. It has bothered me for years that I did not know which basic crochet stitch is considered a yarn eater.

Every time you looked at your yarn stash and know you needed to create a quick, but yarn preserving crochet project, didn’t you wish you would know exactly which basic crochet stitch to use? Especially as a crochet beginner you wanted to know which stitch allows you to have the fastest crochet item.

At least, I thought that way. Please, tell me I am not the only one who wanted to know which basic crochet stitch is considered a yarn eater. I mean, seriously, did we all come to the point where we crocheted a project an lost at yarn chicken? 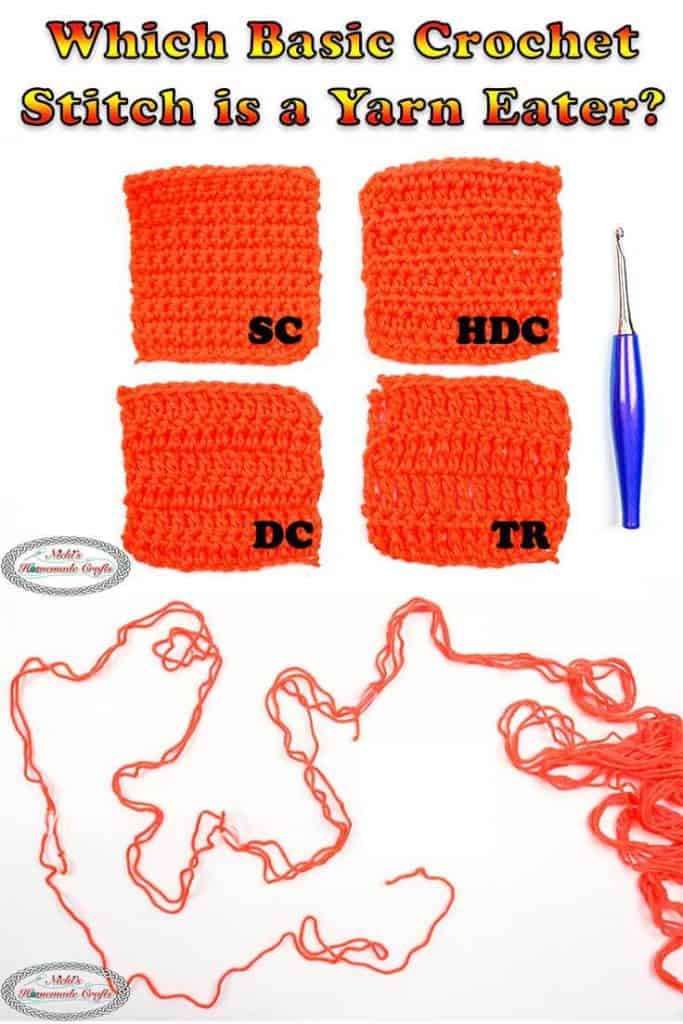 I am furious every time, I lose at yarn chicken. In case you do not know, yarn chicken is imaginary game between you and the yarn where you will see which/who will win while finishing a project. If you win you had yarn left over after your project and if you ran out of yarn before finishing the project, you lost at yarn chicken.

Every time I loose at yarn chicken, I think about “I wished, I would have known, before starting a project, which stitch is a yarn eater!”

Well, as I started getting more upset with myself that I did not know the answer to that question, I finally said “Enough is enough, let’s do the experiment.”

I came up with a logical experiment that would allow me to figure how which stitch is a yarn eater and which one is not. So, before, I tell you the answer to the so wanted question, let me tell and show you first how I designed the experiment to make it the most successful. You know, like an actual science experiment works (did I tell you that I have a science degree? 😀 ). 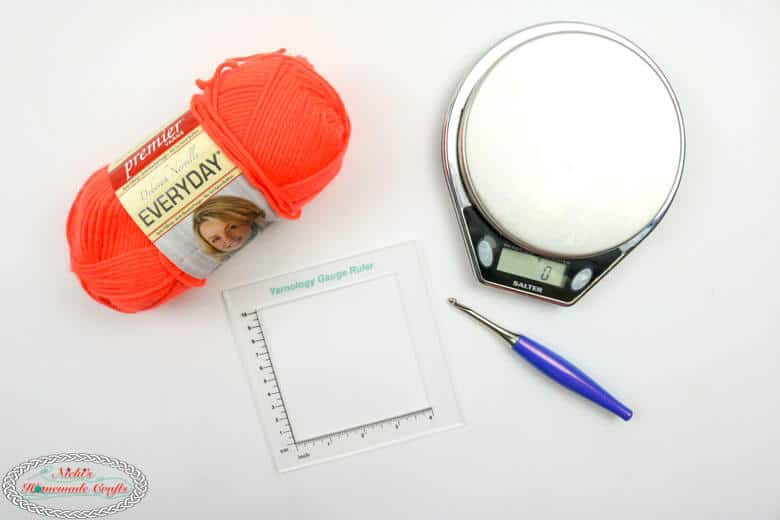 Now, that explained to show what I used and how I designed the experiment to determine the yarn eater of 4 basic crochet stitches, let’s finally get started with the experiment.

I crocheted all 4 swatches by having a beginning chain of 13 plus 1 for single crochet and half double crochet, plus 2 for double crochet and plus 3 for treble crochet. Then I ignored the additional chains after the 13 chains and started crocheted the stitches – one swatch per basic crochet stitch – until I had swatches that were 4 x 4 inches in size. I also did not use turning chains, but rather pulled the last loop a bit longer to start the next row (to prevent added yarn for turning chains and make the swatches comparable). 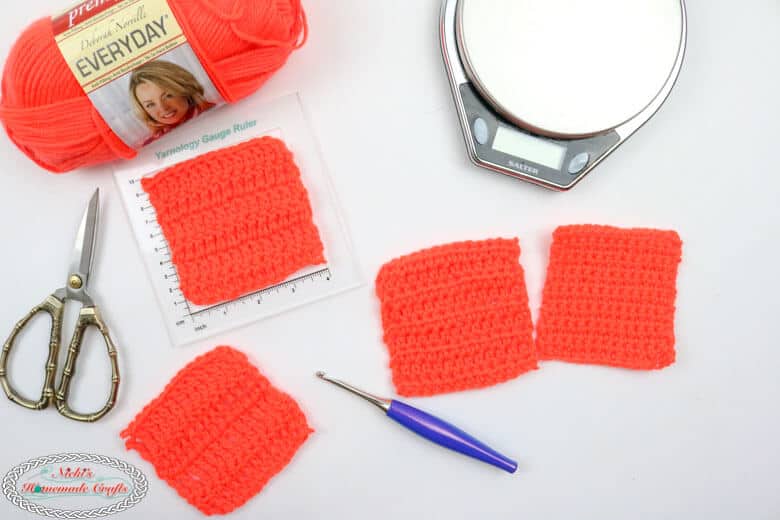 I, then, tried to weigh all the swatches, but because my scale did not have any decimal digits I was not able to see the difference between the weight of the swatches. So I had to frog them all and add a colored stitch marker to them to determine which frogged pile was for which basic crochet stitch. 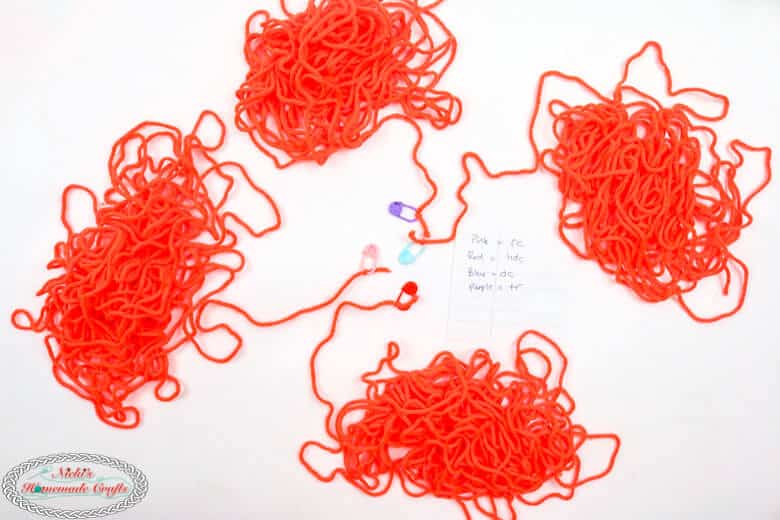 Next, I held the stitch markers together and started pulling the yarn strands equally to see which strand is the shortest and which ones would come next. That was very exciting, as I had no idea which would be the yearn eater. Finally, I reached the first yarn end, then the next, then the next and finally the last one. I taped them together such that I would not loose the spot where the strands ended. 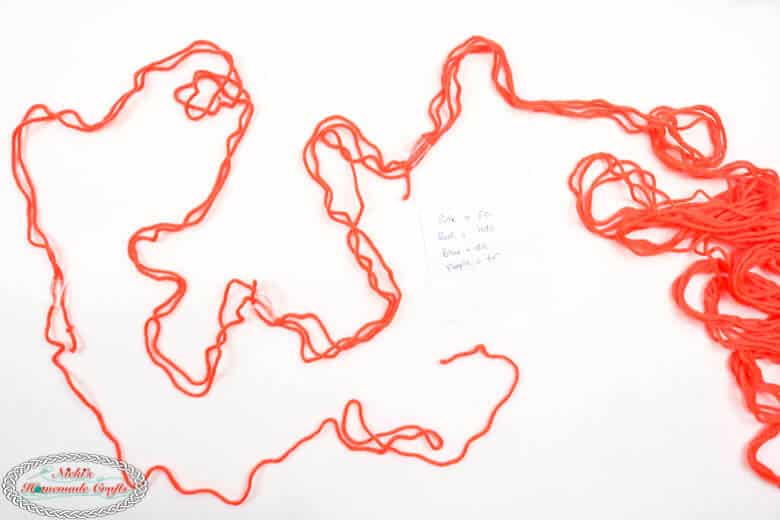 You should really watch my video below though. It shows the entire process of me making the swatches and testing the weight and showing you live how I determined the winner. Nothing was edited when it came to showing the results. It was such an exciting process to show it live on camera. I am sure you will love it as much as I do.

Which Basic Crochet Stitch is a Yarn Eater – Video Reveal

If you love this yarn eater reveal as much as I do, please use the social media share buttons above or below and share this pattern link with the world and your friends. They and I will thank you! I promise 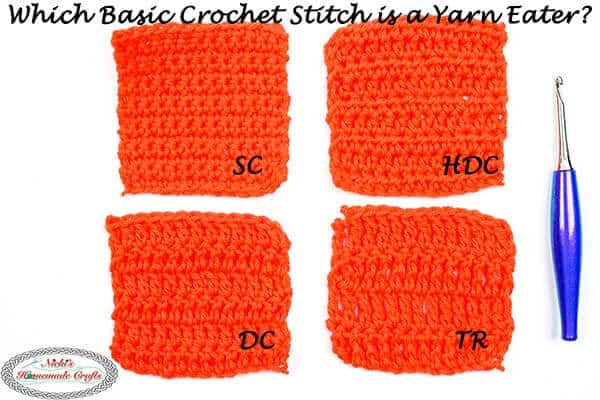